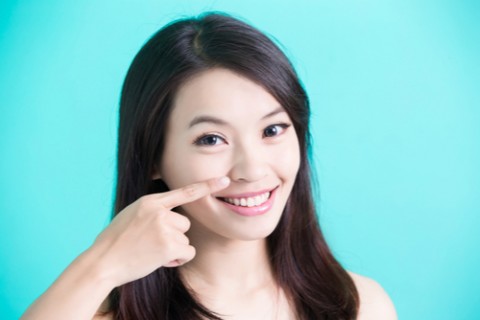 When a 57-year-old woman from Hunan Province, China, recently sought help for her chronic sinus congestion and nosebleeds, she received quite a shock from her doctor. While there are a variety of medical problems that can cause chronic congestion, the woman’s scan revealed none of those "usual suspects" were to blame. Instead of a deviated septum or sinus infection, her scans showed a small round object blocking the nasal passage. But what that object ended up being was the biggest surprise: a tooth!

"It’s not unheard of for teeth to grow in weird places in the head," says Bellmore, New York, dentist Dr. Gary Lederman. "But in the nasal cavity is pretty rare."

According to Lederman, these extra teeth are known as supernumerary teeth, and though they’re not common, they do affect about 4 percent of the population.

"Usually with supernumerary teeth, we see them on the top jaw. But even in the mouth they can be problematic," Lederman says.

That’s because those extra teeth often have very little wiggle room in the mouth, causing all sorts of orthodontic problems, such as crowding.

"In those cases, we usually pull the extra tooth and realign the remaining teeth with orthodontics," Lederman says. "But in this case, instead of the tooth growing down into the patient’s mouth, it grew upwards into the jaw and traveled into her nose."

Once they removed the layers of tissue that had grown to surround the supernumerary tooth, doctors at Hunan Provincial People’s Hospital in Changsha, China, were finally able to extract the tooth, enabling the patient to breathe clearly for the first time in decades.

"Thankfully, most supernumerary teeth are a lot easier to access and a lot easier to deal with," Lederman says. "But it just goes to show you, if something doesn’t feel right, don’t hold off on getting it checked out."