Protect Teeth from These Internet Challenges 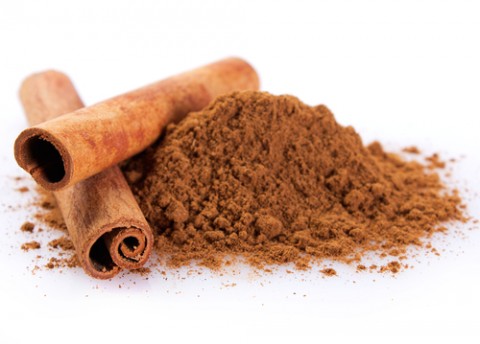 Even if you haven’t seen the videos yourself, you’ve probably heard about those trendy YouTube "challenge" videos that surge in popularity every few months. It started a few years ago with the ice bucket challenge, a noble campaign to help raise money and awareness for Amyotrophic Lateral Sclerosis, or ALS. The videos were fun and funny, and they did an excellent job achieving their goal, raising over $115 million for ALS research. Since then, many other video challenges have been issued, but most have not been for raising awareness - rather, they have been issued for internet fame. And therein lies the danger. When impressionable kids see a way to get quick fame and popularity, it can be a dangerous combination.

If you are considering attempting one of these challenges, or if you have children who may be, read up on how these seemingly innocent competitions could wreak havoc on your oral health.

The cinnamon challenge sounds harmless enough, doesn’t it? After all, cinnamon is a spice, and spices are good for us, right? Cinnamon also happens to have antioxidants, breath-freshening abilities, and can even help fight inflammation. But swallowing a large amount of cinnamon at once isn’t going to benefit your body in the long run - in fact, it can actually do a lot of harm. The challenge requires participants to hold a spoonful of cinnamon in their mouth for 60 seconds before swallowing the powdered spice without water.

Even though cinnamon is good for you when portioned correctly, holding it in your mouth and then swallowing such a large amount can cause serious burns to the mouth and throat, and can even cause permanent scarring to the lungs or cause the lungs to collapse. Even if you "just" get minor burns to your mouth and throat, those burns can cause some serious damage - everything from scarring to the risk of serious infection that can cause tissue loss and permanent bone and tooth loss. Definitely not worth the glory of internet infamy!

The Tide Pods challenge is one of the stupidest and most dangerous challenges to be issued on social media in a long time. In this challenge, teens hold a Tide laundry detergent pod in their mouth until it dissolves from the heat and moisture of their saliva. In addition to laundry detergent being poisonous and running the risk of ingesting it and requiring hospitalization, this highly concentrated detergent can also cause chemical burns in the mouth and throat, carrying the same risk of infection, scarring, and bone and tissue loss as the cinnamon challenge. It also can cause permanent damage to the throat, stomach and intestines, and even death.

The newest trend to hit YouTube are ice-crunching videos, featuring women crunching ice cubes on camera. The videos are soaring in popularity, and though not really a challenge, are spurning a lot of copycats. While eating ice isn’t inherently bad (it’s just water, after all), crunching on ice can be very rough on your teeth. It can cause microfractures in the enamel that weaken and wear it down - and can even break the teeth or crack fillings. While these videos may be oddly intriguing to watch, resist the urge to try it at home, and if you really want ice, toss a few cubes in a glass of water and have a healthy, tooth-friendly, refreshing drink.