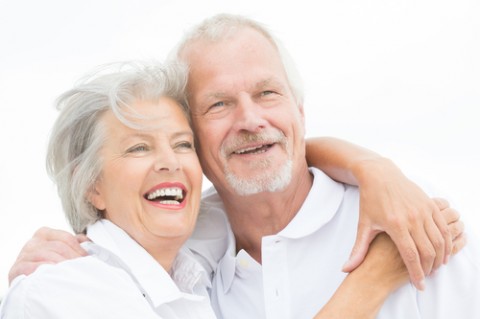 A recent study by the American Academy of Geriatrics has found a link between the presence of gum disease, tooth loss and frailty in senior citizens. Conducted in the United Kingdom, the study of nearly 8,000 people found that more than 60 percent of citizens over the age of 65 had some form of periodontal disease, and many more were missing more than one tooth. Another common side effect experienced by respondents was dry mouth.

Dry mouth may seem harmless, but, according to Bellmore, New York, dentist Dr. Gary Lederman, it can be anything but.

"Many seniors think when they have dry mouth it's harmless, and maybe they just need a drink of water, but dry mouth can actually cause a lot of the problems addressed in this study, like periodontal disease and tooth loss," Lederman says.

That’s because when your mouth lacks saliva, it is unable to protect your teeth from harmful bacteria - the bacteria responsible for cavities, gum disease and even tooth loss.

"When your mouth has proper moisture, your saliva can wash away the dangerous s.mutans bacteria that are responsible for so many oral health problems. But when you have dry mouth, those bacteria just sit on your teeth and gums, causing cavities and infection," he says.

If that infection gets out of control, it can turn from bad to worse, changing a reversible case of gingivitis to full-blown periodontal disease, which can cause tooth, tissue and bone loss, and, in severe cases, even death.

The study found that the presence of periodontal disease, missing teeth and dry mouth increased frailty, which is defined as slowness, exhaustion, poor strength, weight loss and low physical activity. Seniors who were considered frail were also more likely to have hospital stays, be living in nursing homes or other extended-care facilities, and be at risk of death from ailments that would not be as severe for their healthier counterparts.

"The study really highlights just how dangerous poor oral health can be for seniors," says Lederman, "but it also shows that keeping a healthy mouth can have positive effects on the whole body."

The best part? It doesn’t require great expense to maintain.

"Just brush your teeth at least twice a day, for two minutes at a time, and floss at least once a day," says Lederman. "Something as simple as that can add years to your life."

Dental Crowns and Bridges
Email Us