Having Many Children May Negatively Affect a Mother’s Teeth 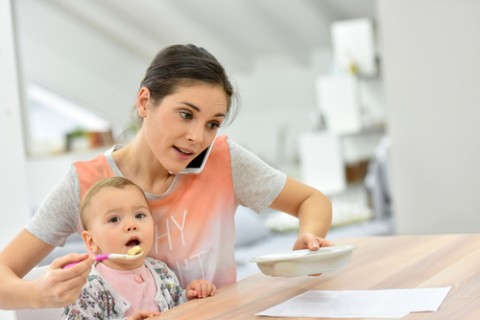 Moms today have a lot on their plate. From juggling the family agenda to working and raising children, there’s a lot to be done, and sometimes it seems like not a whole lot of time to do it. Perhaps that’s why a new study in The Journal of Epidemiology & Community Health found that the more children a woman has, the more teeth she may end up losing as an indirect result.

"The working theory is that between the toll pregnancy takes on the body and the amount of time mothers spend caring for everyone but themselves, they are more likely to let their oral health slide, and ultimately end up losing teeth," says Bellmore, New York, dentist Dr. Gary Lederman.

Though the study was conducted in Europe (spanning 27 countries) and Israel, Lederman says the problem is not much different here in the United States.

"Mothers, and parents in general, tend to put everyone else first," he says. "Maybe they end up having to cancel a dental appointment because of a soccer game, and they forget to reschedule. Or they spend all day running from extracurricular to extracurricular and by the time they get a second to relax they’re not thinking about flossing - if they can even keep their eyes open."

The study found that the older the mother, the more teeth she is likely to be missing, and this phenomenon doesn’t really seem to transfer to dads.

"Not to say that fathers don’t do their fair share of the parenting," says Lederman, "but with conditions like pregnancy gingivitis that dads obviously don’t get, and really a lot of the physical work involved in raising kids left up to the mother, it’s not surprising that moms would bear the brunt of the health side effects."

Lederman isn’t wrong. Studies here in the United States have shown that many pregnant women aren’t properly educated on just how important it is to maintain their oral health during pregnancy.

"Pregnancy gingivitis is a very real condition. It causes sensitivity and bleeding of the gums, but it generally clears up after the pregnancy ends," says Lederman. "The problem is that due to that sensitivity, many women avoid the dentist during pregnancy, which is not only dangerous to the mother-to-be, but can also be very dangerous for the unborn baby."

Another reason Lederman suspects moms may be more likely to suffer from tooth loss?

Tags:
mothers dental loss missing teeth
How to Get the Best Care Despite Dental Phobia
Don’t Try This at Home: Five Dental Treatments to ...