With the New Year right around the corner, many of us are making resolutions to get healthier. But if all you’re planning on changing is your diet and exercise routine, those resolutions may not be going far enough. That’s because in order to have a truly healthy body, you have to have a healthy mouth. Poor oral health has been directly linked to everything from cancer to stroke to diabetes, Alzheimer’s and even heart disease.

Thankfully, taking charge of your oral health is easy. Just follow these tips to get a healthier mouth in 2019.

Is It OK to Brush Teeth in the Shower? 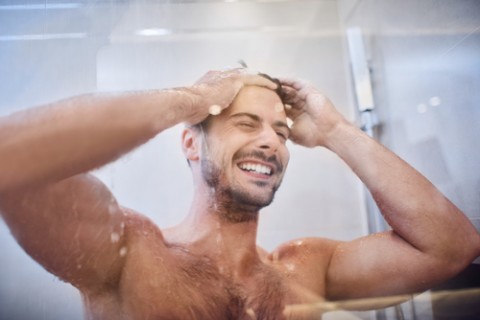 You may or may not remember a very interesting interview with actress Jennifer Aniston that was published back in 2008, in which the actress claimed to be eco-friendly because she limited her showers to three minutes and during that time also brushed her teeth. That’s right. She brushes her teeth in the shower. For some of us, that admission came as a total shock - not because an actress would want to conserve water, but that someone would actually brush their teeth while they were showering. But for others, this admission was not remotely surprising, as this is common practice for some people.here aren’t any data on just how many people brush while showering, but there are enough of them out there that it has become somewhat of a subject of debate between dentists and patients over the years.

When it comes to brushing your teeth in the shower, there are a few questions we need to ask ourselves when trying to determine if this is a good idea or not. First of all, why are you brushing your teeth in the shower? If you are doing so like Aniston to save water, this is not a good idea. Why? Because if you are in the shower, you are using a lot more water than you would if you brushed at the sink. Unless you're doing other tasks - like shampooing or scrubbing your back - at the same time, you're not really doing much good. And if you are standing directly under the water, you may be getting some of it in your mouth as you brush, causing your toothpaste to dilute or run down your face.

Bottom line: If you want to save water, take your shower as quickly as you can, and brush your teeth before or after with the faucet off while you brush.

Another reason people brush in the shower is to save time, or to multi-task. This is a good idea in theory, but it can have its drawbacks, too. First of all, where are you storing your toothbrush when you’re done? Is it staying in the shower? Do you share the shower with another person? If you have a hook in the shower for your brush, can you be 100 percent sure it's not getting sprayed with soap or oils from someone else when you’re not using it?

Furthermore, how clean is your shower? Do you regularly scrub the tiles for mold, mildew, hard water scale and soap scum? Leaving your brush in a space that is susceptible to any of those contaminants could mean you’re getting them in your toothbrush, too, and by proxy brushing that onto your teeth. Showers can be a hotbed of all kinds of nasty bacteria - not exactly something you want to be putting into your mouth. For this reason, if you truly must brush your teeth in the shower, it is highly recommended that your toothbrush be stored outside of the shower when not in use.

Another question you have to ask yourself about shower brushing is: Where does all that foam go when you’re done brushing? Do you spit out your toothpaste onto the floor of your shower? Do you step out of the shower to spit it into the sink? Many people would argue that the idea of stepping in their own used toothpaste during the shower is not a pleasant one.

Finally, there’s one more reason that brushing in the shower isn’t the best idea. Accuracy. Yes, you’ve probably been brushing your teeth for longer than you’ve been showering, so chances are you know what you’re doing by now. But how can you be sure you’ve gotten all the plaque and debris from your teeth if you’re not brushing in front of a mirror? It makes more sense to brush at your sink, so you can see exactly what you’re doing and make sure you’re not missing any particles that are on your teeth. Furthermore, you still need to floss, which is very difficult to do without a mirror. If you’re going to floss in the mirror, shouldn’t you just brush there too?

Ultimately, it's up to you when and where you brush your teeth, but brushing in the shower is definitely not recommended. The time it may save is negligible, and the water it may save is debatable. If you’re short on time or worried about your water consumption, set your alarm a few minutes earlier in the morning so you don’t have to rush, and make sure you and your family are shutting the faucet off while they are brushing in the sink. These little changes can make as big of, if not a bigger, impact than shower brushing, and they’re a lot better for you, too.