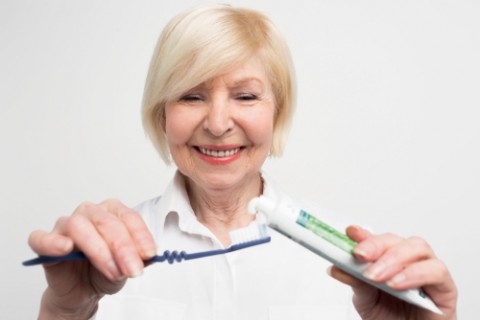 According to research from the University of Central Lancashire School of Medicine and Dentistry in London, patients with periodontal disease could be at an increased risk of developing Alzheimer’s disease. Researchers analyzed brain tissue samples from 10 patients with Alzheimer’s disease and 10 without. Of the samples of those who did have Alzheimer’s, four of the 10 showed signs of lipopolysaccharides associated with periodontal disease in their brain tissue.

So, what does this mean? The current theory is that when those tiny lipopolysaccharides bacteria enter the bloodstream, they disperse throughout the body and into the brain. This could be responsible for launching an immune system response that kills off the brain cells and begins to create the conditions for Alzheimer’s disease in the brain. Symptoms of Alzheimer's include memory loss and dementia.

Unfortunately, due to the small scale of the study, it was very hard to draw any solid conclusions from the data beyond this initial hypothesis; however, it makes a lot of sense, especially considering how many illnesses periodontal disease does cause, including heart disease, cancer, diabetes and stroke, said Dr. Gary Lederman, a dentist based in North Bellmore, New York.

Researchers also hypothesize that Alzheimer’s patients may have a higher incidence of periodontal disease because the Alzheimer’s could contribute to neglect of their oral hygiene.

Whatever the link, there is a strong correlation between the two, which makes it all the more imperative that you care for your oral health today, tomorrow and beyond, Lederman said.